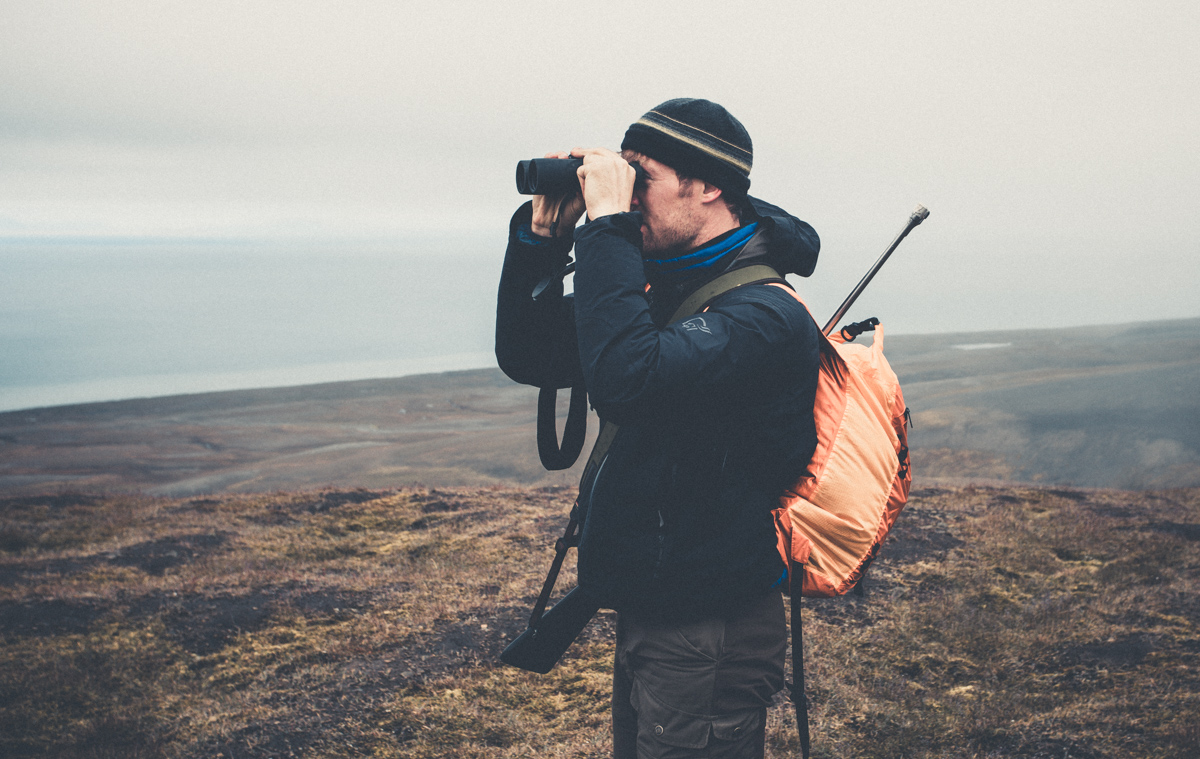 On this visit, we were a small group of former students, plus Matias, our instructor & guide for the expedition to arctic Norway. Travelling so far north in August meant that we would have midnight sun for the duration of our stay—would it be difficult to sleep in such a light environment even at night? We wouldn’t have the extremely cold temperatures of winter, so that would make some things easier. What would the landscape be like? Would we encounter polar bears, reindeer, foxes, or other wildlife? So many questions were on our minds about the place. We all eagerly anticipated our northerly adventures together.

We spent a few days at the school preparing for our trip. This meant packing our food & supplies, testing our equipment, and learning about Svalbard; its culture, history, geography, and more. There was a direct flight from Oslo that took us up to Longyearbyen, Svalbard’s main settlement at 78° north on the globe. It was incredible to arrive in such a place. Dramatic mountains surround this colourful town by the sea. We toured the local museum, browsed the shops, and picked up the last of our needed supplies before venturing out in to the wilderness. With heavy packs and big smiles, we hiked through the valleys, over the ridges, across the rivers, and along the shores of the arctic seas. It was everything we craved from the outdoors. There were times when we felt challenged by the conditions but nobody complained because we were all having fun. Although we were prepared for bears—even keeping a watch schedule throughout the night—we didn’t see any. Not that we were bothered by that, there was plenty other wildlife to keep us amazed. As the week went on, we learned so many interesting facts about the areas we visited, we got to know each other better, and gained a new perspective on life up north. Our route took us from the outskirts of Longyearbyen to Barentsburg, the Russian coal mining settlement. From there we took a boat northeast back to Longyearbyen and celebrated with a big dinner of delicious pizza. We flew south to Oslo in the middle of the night and were back at Hurdal Verk in the morning. It was a fantastic trip and one that we’ll never forget. Thank you to Matias, Hurdal Verk Folk High School, and my fellow students Anne, Elin, and Kjersti, for an adventure of a lifetime.